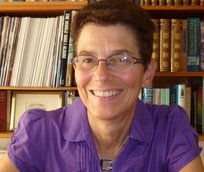 Social history and in particular women’s service in the First World War have been an integral part of my professional life for many years.

My doctoral research on women’s poetry of the First World War uncovered a treasure trove of long-forgotten women’s poems.  These widen our knowledge of women’s wartime lives, their concerns, and their contributions to the war effort and subsequent Victory.

I have taught women’s war poetry in both academic and non-academic settings and speak widely at history conferences (both national and international).  I give talks to a variety of audiences ranging from First World War devotees of organisations such as the Western Front Association as well as to Rotarians, Women’s Institutes and U3A.  My work at the University of Essex, includes supporting Humanities students with their academic writing.

As well as writing articles about women during the First World War, I'm working closely with military publishers Pen and Sword for their social history imprint.  “We Also Served: The Forgotten Women of the First Word War” explores women’s uniformed and un-uniformed lives between 1914 and 1918. This was published in November 2014.

Subsequently, Pen & Sword published "Nursing Through Shot & Shell" in June 2015, a unique diary of a professional nurse I have been privileged to edit and contextualise.

“Tumult and the Tears” discovers the story of women's poetry of the First World War - who wrote it, why they wrote it and for whom. I was delighted to launch this book, courtesy of HE Guy Trouveroy, at the Belgian Ambassador's Residence in June 2016.

As of 2017, I finished working on "Seductress, Singer, Spy" early in the year (for publication October 2017),   - a compelling story about a rather 'naughty girl', an Italian national, resident in Switzerland, who spied for Germany in Marseille.  By autumn 2017 I finished "Suffragism & the Great War", published in late 2018 to celebrate the centenary of the partial enfranchisement of women.

But I still felt there were voices which had been forgotten - those whose whole future lives would live with the War's consequences - the younger generation.  “Children at War 1914-1919” explored children’s wartime lives from both sides of the war Allied and Central Powers.

With the war over, what, I wondered, happend to these extraordinary women?  Was the 'received wisdom' that women meekly returned to their former lives correct?  In "Changing Roles - Women after the Great War" you will find more stories which explode the myths and affect our lives over 100 years later.

The research for these books has uncovered now forgotten and many formerly untold stories which, with the centenary years upon us, will further our knowledge and understanding about the lives and experiences of women and children during this defining moment in modern British history.

Join me on this journey into our collective past.

If you'd like to be one of the first to hear about my books and broadcasts or have a story to tell about your grandmother or greatgrandmother in the First World War, I'd love to hear about it.  Just click across to the Contact page to fill in your details.